The plots are not very different from other adaptations of these familiar tales. The characters are not very different, except that the bears in the story of Goldilocks are not bears but wolves, a change presumably made to connect the third book with the first two. The setting for the stories is Singapore. The illustrations are a mix of drawings and photos of objects and places, and each book’s drawings are by a different artist.

The appeal of these books (in general and for me specifically) is that they use and teach Singlish dialect and slang expressions. The target audience includes both those who want to see their own dialect used for humorous effect and those who are unfamiliar with Singlish and interested in increasing their understanding of it. 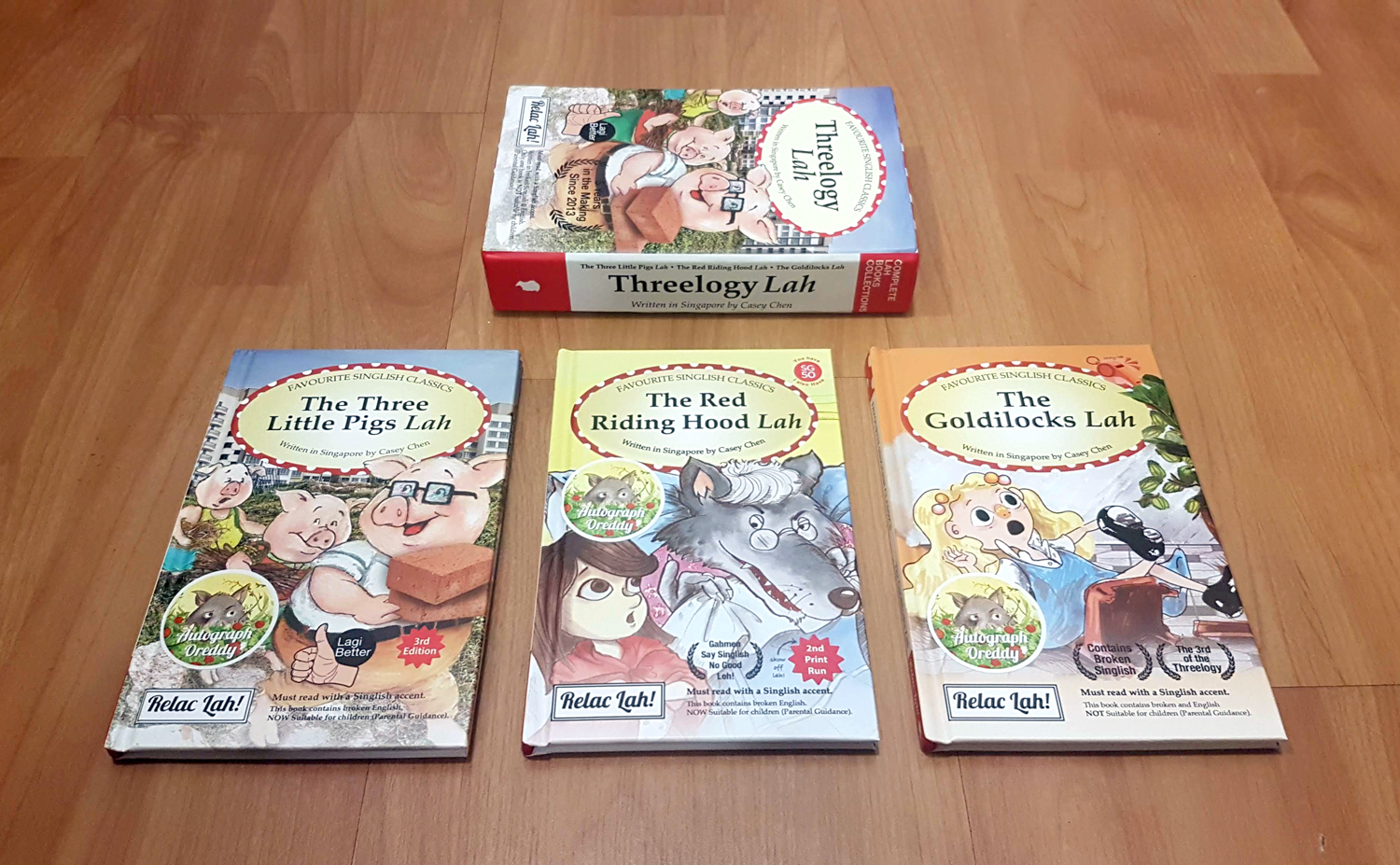 Many expressions, such as the famous “lah”, are discourse markers that don’t add any specific meaning.

Some expressions are alternate spellings or pronunciations of English words, such as “oreddy” for “already” or “naise” for “nice”.

Many words and phrases are Malay, such as “pecah”, meaning “break”.

Many words phrases are Hokkien, such as “boh bian” meaning “no choice”.

There are one or two Tamil, Cantonese, and Mandarin expressions.

Altogether, the Singlish story and explanations look like this: 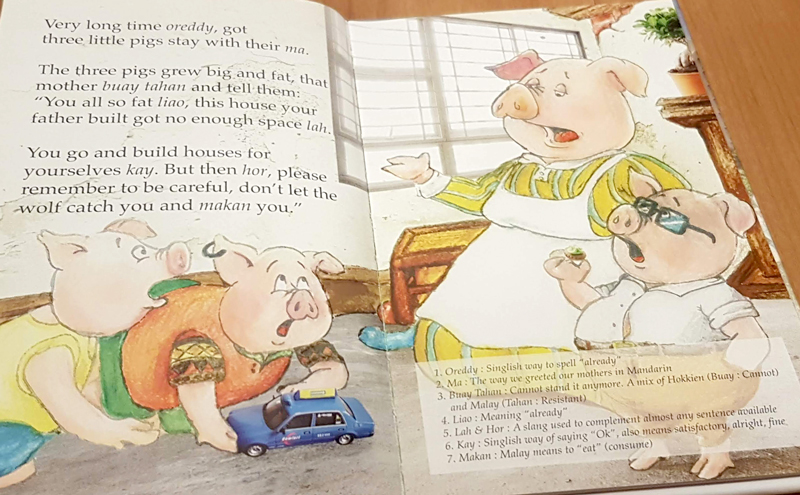 If I can’t convince you to read them, maybe the blurbs on the back can.

When and Why I Read Threelogy Lah

I’d seen the Three Little Pigs Lah, but I didn’t know there were two more until recently when I was searching on Carousell for books related to Singlish.